The signs and symptoms of Parkinson's disease

The signs and symptoms of Parkinson’s disease

Parkinson’s disease is a neurological condition with a wide range of effects, including problems with movement, blood pressure and thinking, and mood, sensory, and sleep difficulties.

The symptoms of Parkinson’s disease (PD) usually begin gradually, and they affect each person differently. The symptoms a person has will vary widely, regardless of how severe they are or how quickly they develop.

Read on to find out more about the different types of symptoms and how to recognize the early symptoms of PD.

Around 7 out of 10 people with PD experience tremor at some stage.

The symptoms of PD affect individuals differently, but some can be an early sign of the disease.

The four main signs and symptoms include:

Symptoms often start on one side first.

The person finds it hard to start moving. Starting to get up from a chair can become more difficult, for example. It takes longer than before to do physical tasks. A lack of coordination can cause the person to fall or drop things.

The difficulty is not only with carrying out the movement itself, but also with planning and starting it.

Many people may experience slower movements and attribute these to older age, but sometimes they are a sign of PD.

As the person experiences changes in their posture, coordination, and ability to move, falls can become more likely.

Tremor is a familiar symptom of PD to many people. The shaking often starts in one hand.

It may start in one foot, or the person may begin rubbing their forefinger and thumb together, back-and-forth. Less commonly, it starts in the jaw or face. Many people do not have a severe tremor.

It is usually more likely to happen when the affected part of the body is resting. Stress or anxiety may make it more noticeable.

Other conditions that may lead to tremor include:

The presence of tremor is not necessarily a sign of PD.

However, according to the Parkinson’s Disease Foundation, around 70 percent of people with PD experience a slight tremor at some time during the disease.

The muscles feel stiff, and this can make some everyday tasks troublesome, such as getting out of a chair, rolling over in bed, using body language appropriately, or making fine finger movements.

Stiffness is most common in the limbs and neck. Severe stiffness can reduce a person’s range of movements. Sometimes there is pain.

Problems with balance and coordination, especially if the person feels stiff, can increase the risk of falling. 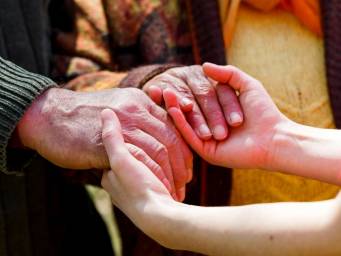 Parkinson’s disease and its causes
Find out more about what Parkinson’s involves, including what causes it, the risk factors, and available treatment options.
READ NOW

In addition to the primary motor symptoms, a person may also:

PD affects the brain and the CNS, and specifically the parts that control movement.

Dizziness is common with PD, and people may feel faint when they stand up after sitting for a while.

Movement does not happen only in the hands, feet, and other parts of the body that we can see.

It is also responsible for essential functions such as digestion and the circulation.

For this reason, the following symptoms may occur:

Constipation : This is a common problem for people with PD. There may also be leakage of stool.

Changes in urinary control : The person may have some incontinence or difficulty passing urine.

Blood pressure problems : A person’s blood pressure can vary as the circulatory system cannot control the blood flow as well as it used to.

People commonly experience low blood pressure, and this can make them dizzy as they stand up, for example, or lead to fainting.

Wide variations in blood pressure are also possible. In the long term, this can have an impact on the cardiovascular system. 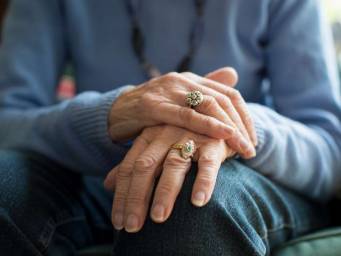 The main cause of symptoms in PD is a fall in dopamine production in the brain. This affects movement, but it can also affect a person’s thinking and sense of well-being.

This can lead to:

Dementia : This is common in the later stages of the disease. The person may have difficulty remembering things and thinking clearly.

If clumps of protein — Lewy bodies — form in the brain, dementia is more likely. Some people with PD also have the tangles of protein that occur with Alzheimer’s disease.

Sleep problems : These are a core feature of PD. Contributing factors include REM sleep disturbances, the use of some medications, restless leg syndrome, pain, and difficulty turning over in the night.

A person may have difficulty sleeping or staying asleep at night, and they may also be excessively sleepy during the day.

Tiredness : Fatigue and a lack of energy can happen because of sleep problems and also because of the way PD affects movement.

Depression : This is a common problem. It can result from the changes in brain activity and from how the person feels about their condition. Anxiety is another common problem.

Psychosis : This is common in the later stages, and it can affect nearly 1 in 3 people with PD. It can range from minor illusions and vivid dreams to hallucinations, confusion, and paranoia. Hallucinations are usually visual, but some people hear and feel things that are not there.

Sensory changes : People with PD often lose their sense of smell. This can happen long before other symptoms appear. Experts consider it a predictor of PD. Some people experience a numbness, tingling, and prickling in the skin.

Pain : Pain is a common problem with PD, affecting over 60 percent of people with the disease, according to one study. Some people also experience a reduced sense of pain.